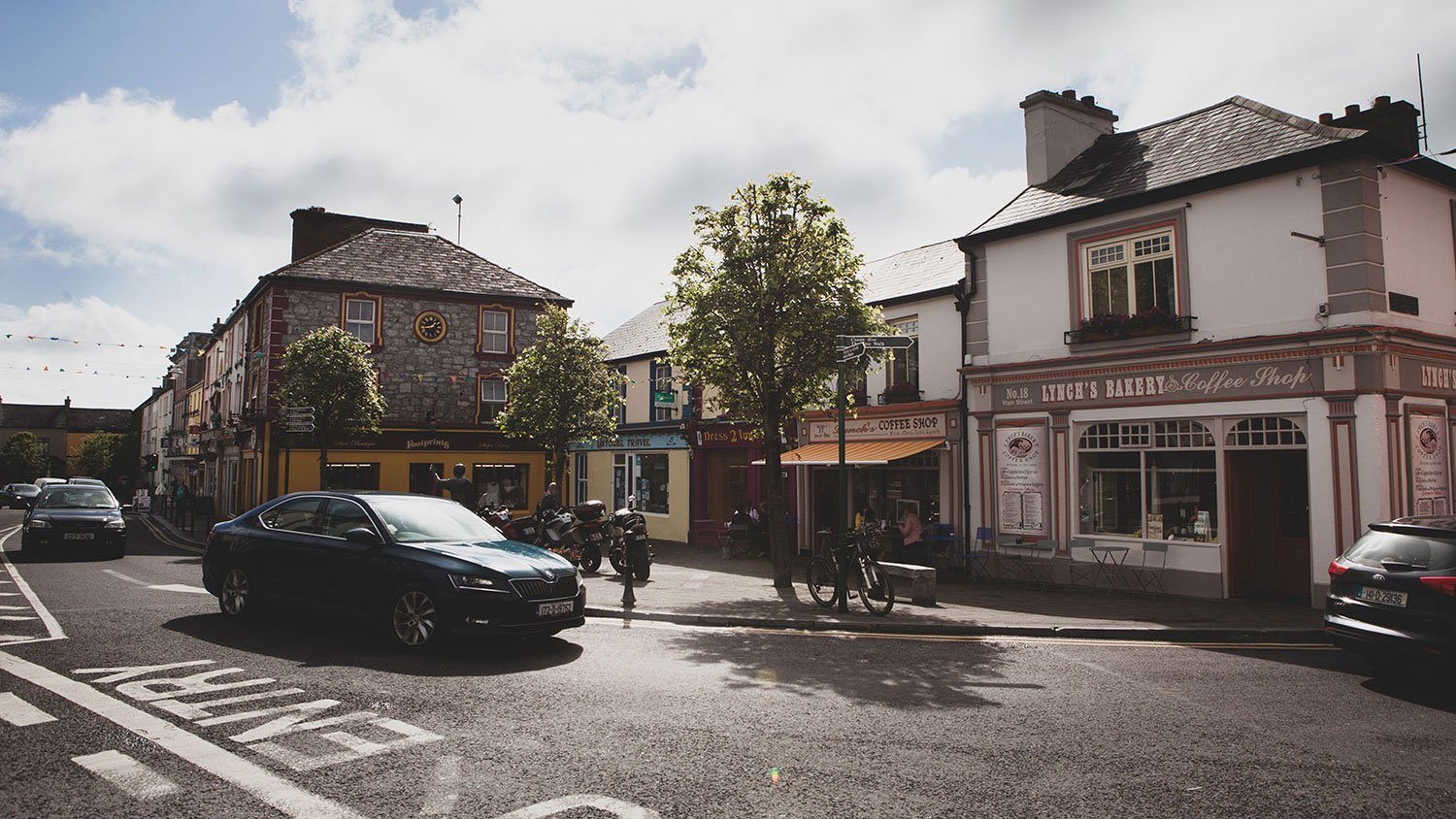 Welcome to our town, where everybody can be themselves and everybody has a story to tell.

Listowel is a town famous for stories, and our story begins as a Celtic settlement, Lios Tuathal. Today, we are more famous for our big, fun and welcoming festivals: Listowel Writers’ Week, the Listowel Races, Listowel Food Fair, Revival and more. We believe what makes our town is the people who call Listowel home and the people who visit us in their thousands every year.

The present Castle was probably built in the 15th century by the Fitzmaurices. The castle stands on an elevation on a steep bank, overlooking the river Feale. The remnants of the castle include two of its four towers, which are joined by a heavy curtain wall, and the unusual feature of an arch below the battlement.

The Kerry Literary and Cultural Centre is located in a beautifully restored 19th century Georgian Residence. The centre portrays the lives of North Kerry’s famous writers in a unique audio-visual experience. Take a journey with the Kerry writers through historical and scenic north Kerry in a stunning audio-visual presentation in the Landscapes Room.

St. John’s Theatre and Arts Centre is located in the Square. An ongoing programme of theatre, films, music, song and dance plus visual art exhibitions featuring national and international artists.

The Lartigue Monorail system operated from Listowel to Ballybunion. It was invented by French man Charles Lartique, the first of its kind in the world. Passengers and freight had to be equally distributed on either side. It ran from 1888 until 1924. The Lartigue line is the only one of its kind worldwide.

The Garden of Europe

The Garden of Europe contains over 3000 trees and shrubs. The garden is divided into 12 sections, each of which represents the 12 members of the European Union at the time of the commencement of the project.

Discover more about the town we love