Hiding in plain sight
"It is often the case that the more we see things the more invisible they become."

John Corridan takes us on a lay-persons architectural tour of Listowel where present but forgotten gems and curiosities abound.

From jostle stones to wicket doors, to three centred carriage arches and octagonal church spires this town in teaming in a richness of style. Its style is not always high-architecture, although there are many fine examples of this, but a simple architecture using simple materials crafted by local masons, carpenters and ironmongers from a different age.

It is often the case that the more we see things the more invisible they become.

Now, much has been done to record the masterful abilities of builder and stuccodore Pat McAuliffe but alongside his works is a lesser recognised, simple and functional architecture that has become invisible to our eyes. This little passage draws attention to these artisan treasures, the architectural curiosities of Listowel.

The jostle stone was designed to protect buildings, carts and cartwheels. The stones are typically cylindrical or slightly tapered and with a rounded cap and measure approximately 1 – 2 feet high. There are several examples of jostle stones here in Listowel, the finest being at 2 Upper William St (see photo) at 28 The Square and also to the left of the Ivy Clinic, The Square (shown below). 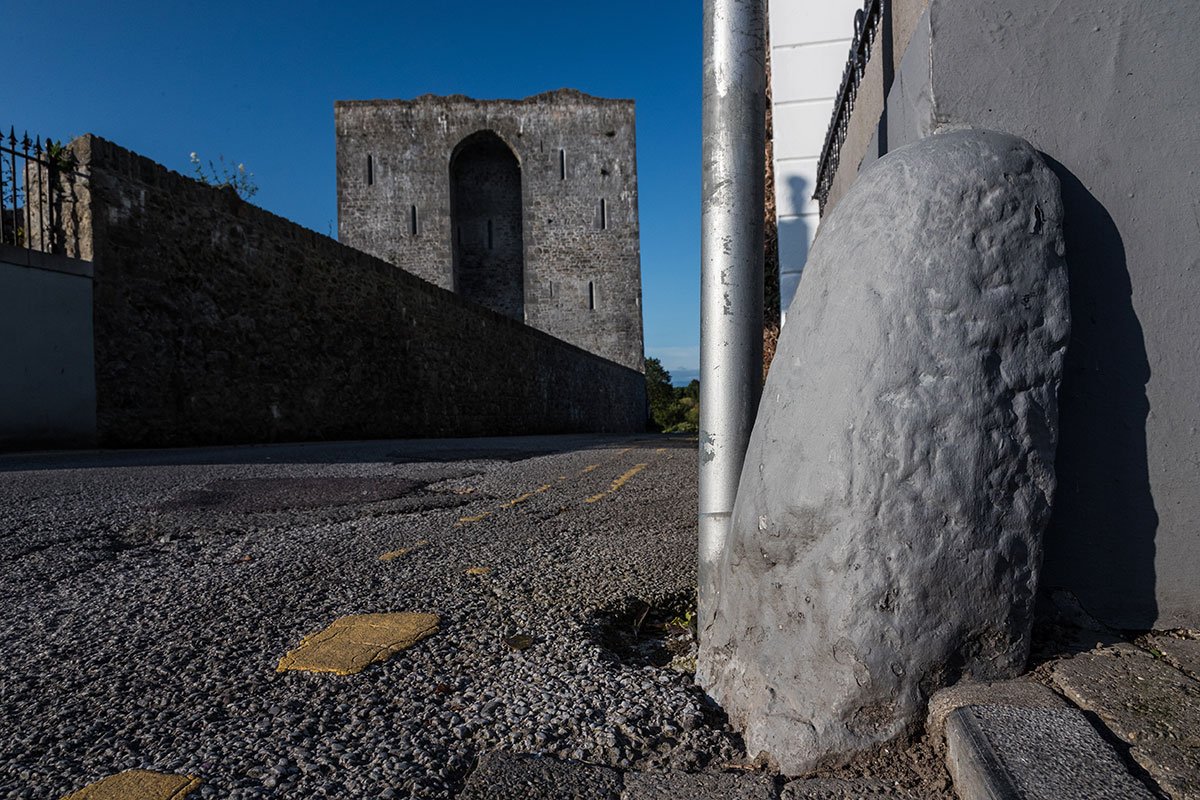 The wicket door is a small rectangular door set inside a larger door. The idea is that building occupants need not unbolt and open the larger door to gain property access but simply unlock the smaller door and step through. There are many examples of wicket doors at the back of William St and Church St but again the best examples are at 2 Upper William St and 28 The Square. 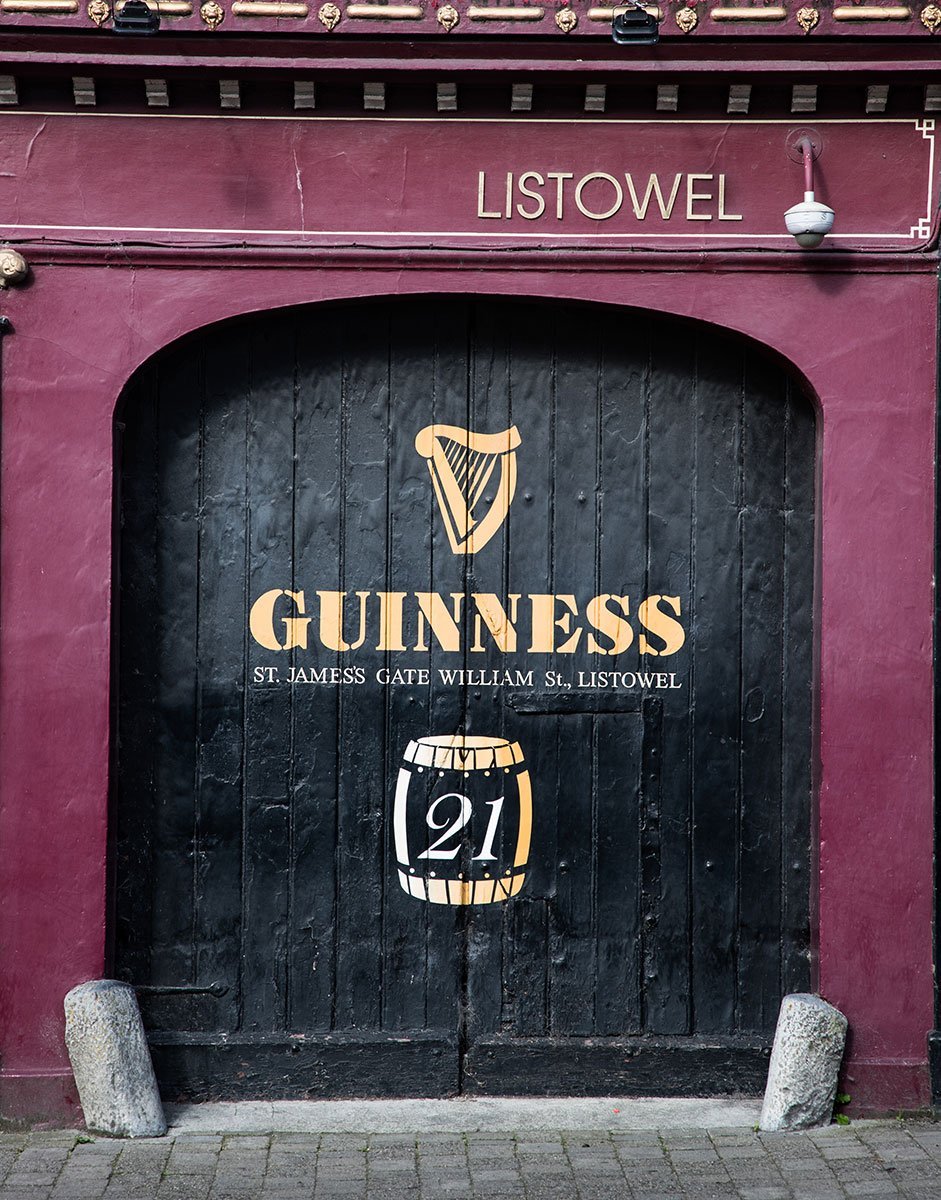 Boot scrapes were all the rage in the Victorian era society when flags paved the streets and The Square itself served as an open market place for the sale of animals.  This particular boot scrape situated at 36 The Square made from cast iron shows two fish and a sea shell supporting the horizontal scraper. The building was constructed in 1820, one wonders if the boot scrape is as old. 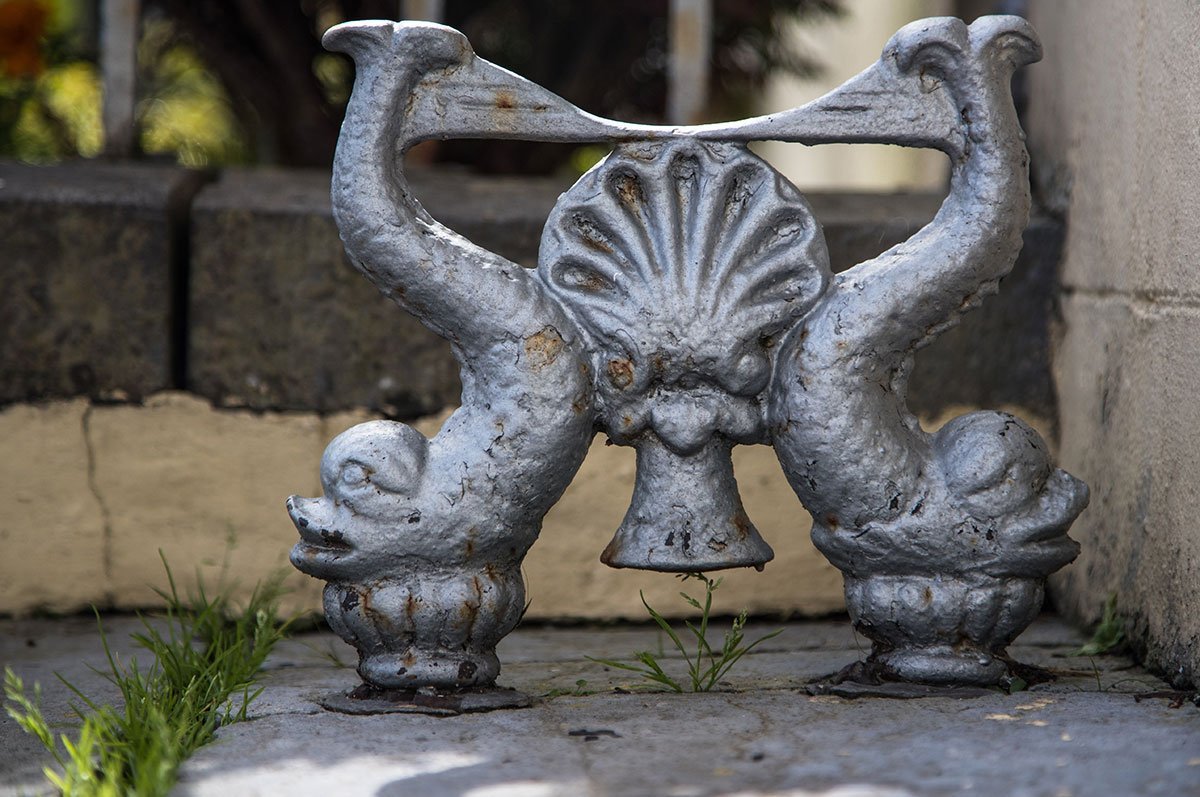 The bearded men overlook the Square, always there and always stern. This particular fellow is one of two that lives above the arched doorways at The National Bank, now the Butler Centre in the south east corner of the Square. They are a curious feature in our town’s architecture. 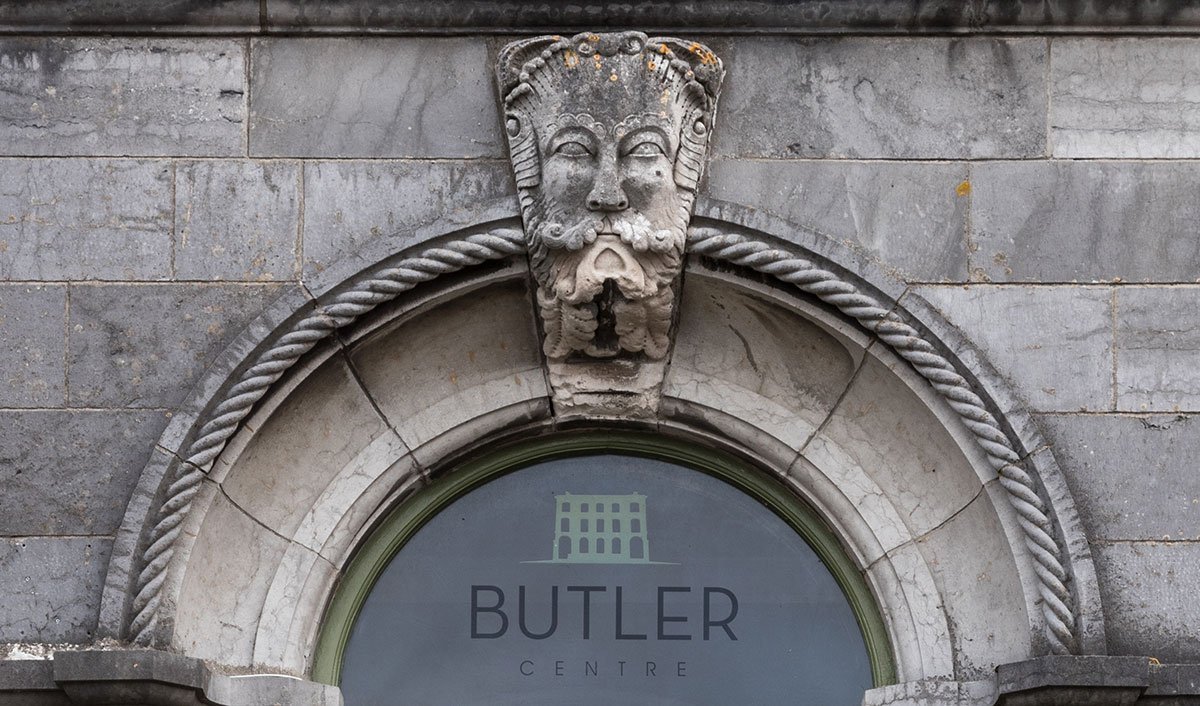 From an architectural viewpoint St Mary’s Church is a hidden gem. The hexagonal spire, the mosaics, the granite columns and pillars, the exposed roof trusses, the stained glass. Ever want to know when the beautiful church tower and spire were added? – look to the decorative chiselled limestone feather plumes on either side of the main door; resting upon the Aberdeen granite columns and there you’ll see it – its 1866, the year the St Mary’s church spire reached for the skies. 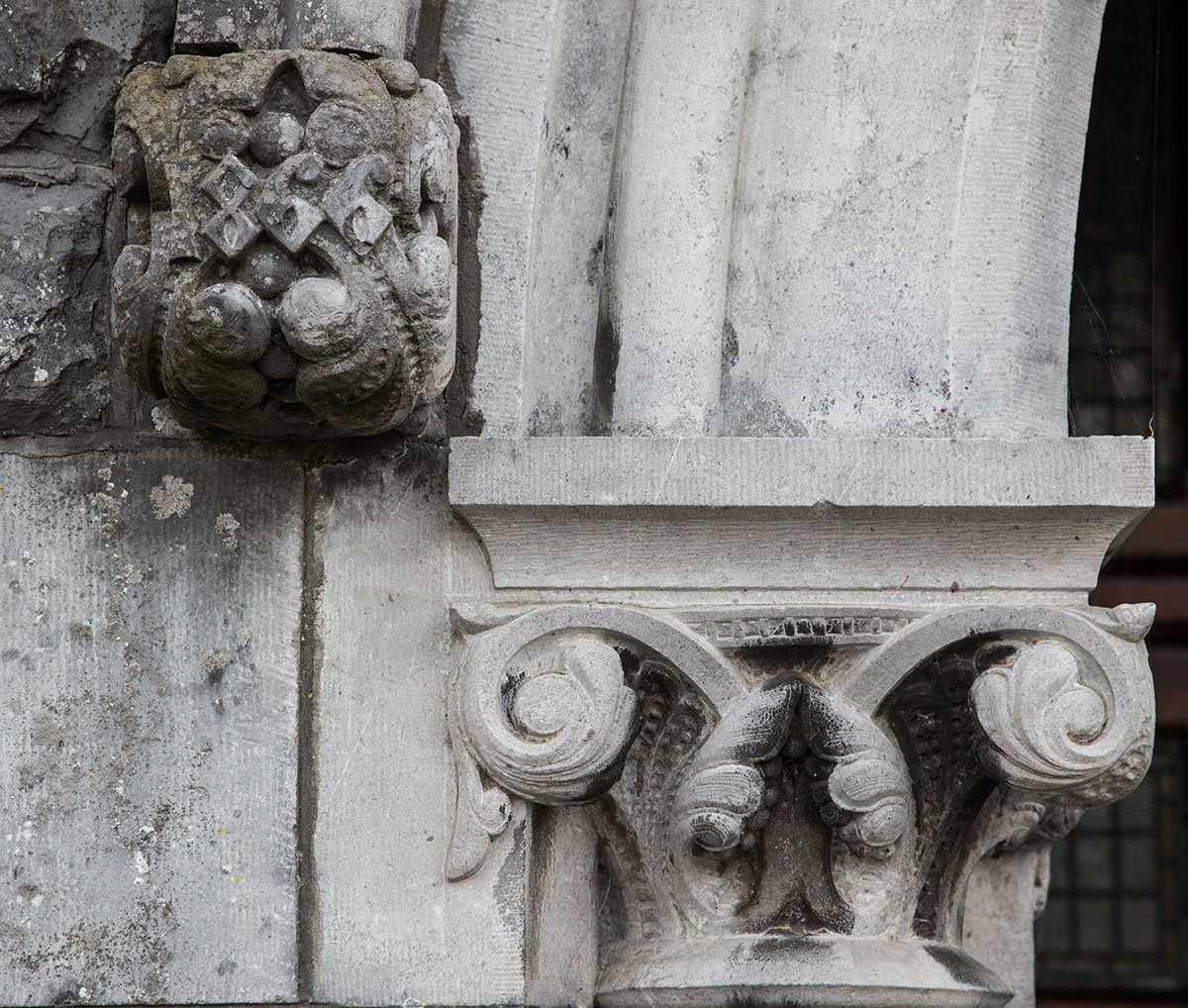 These are just some of the many architectural curiosities in our town. There are so many more and each street has a litany of similar examples. From Norman Castles, Churches and imposing Banks in The Square to Grecian Urns, Harp, Lion, American Eagle in Church St, to delicate Mosaics and Clock pieces on William St and more.